Einstein's equation E = mc2 shows that energy and mass are interchangeable. The theory of special relativity explains how space and time are linked for objects that are moving at a consistent speed in a straight line.

The theory was proved at this year’s Reepham Churches Together Panto when Dr Gould took his companions back to visit the great man himself. Myra, Luke and Franki clambered aboard a pulpit shaped Tardis and together with suitable sound effects, provided by Mike, and with the odd crash and bang from the sound system the audience were spell bound to find Albert ready to declare his theories of relativity. Dr Gould had fortunately brought his “language converter” based on a baked bean tin. although it could only translate 57 languages effectively, thankfully, German was one them

To the amusement of all, the cast went on several unrehearsed journeys into other scripts and had to be brought in line by a prompt who was to materialise later as Isaac Newton. The Time Travellers were able to help him with a suitable word to describe his new force - “Gravity”
Many attempts to keep the Tardis on course failed miserably as we kept slipping back 66 million years and into a dinosaur age, who’s appearance the audience began to look forward to in every scene. He even came dressed in a nurse’s uniform when the travellers visited Florence Nightingale.

Interspersed with catchy songs which the audience were able to quickly learn and join in,  the performance rolled along despite the odd script diversion and prop malfunction we finally blundered to the ultimate destination, to a young family in Bethlehem and we were led to a stable  Luke presented Gould, Franki and Myra and the travelling all seemed worthwhile.

Einstien’s equation revealed that energy and mass are interrelated. The performance of these talented folk certainly summoned lots of energy into their performance and delivered a whole mass of fun with a message of hope to the audience. 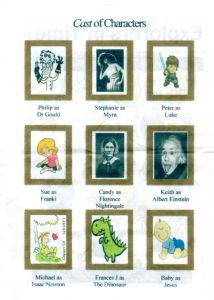 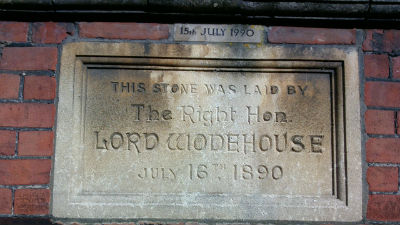 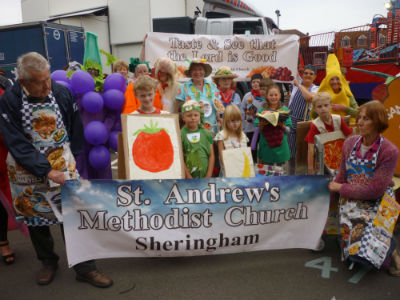 Carnival 2015 - As part of the District`s Year of Radical Hospitality, members, family and friends at St. Andrew`s, Sheringham, dressed up as fruit, vegetables and food and put a walking float into the Carnival in August with the theme of "Taste & See that the Lord is Good", and as they walked along gave out to the crowds watching the procession, gifts of fruit, small boxes of raisins and other snack items.

Back to Home Page